Hellllllloooo friends. Rainy today in Boulder, typical for May though we haven't had much rain this year. We'll see how the rest of spring shapes up.

Farmers' Market: Community and Food in the time of Coronavirus

I live a pretty idyllic quarantine lifestyle. I have two roommates and we get along well, actually enjoying each others' company. I live across from a bike path. I run, hike, and workout regularly. The grocery store is a short bike ride away.

During the days and nights I work on Offgrid Mindfulness and other projects. I eat well. (Last night I made a burger with ramps, parm, and an egg. Oh man.)

I miss taking care of people in the restaurant where I worked and it's obvious to me that I won't be doing that again in the same way anytime in the next year, probably two. So that's a concern.

Being reminded by Scott Galloway that I might feel better about myself if I help some people, I started volunteering at the Boulder County Farmers' Market. In an effort to get farmers' food to people, the market has adapted to an online ordering/curbside pick-up model.

The first week I put people's orders in their cars. The other day I packed bags with asparagus, potatoes, or radishes before sliding the bag to the next table where they received hothouse cucumbers or tomatoes.

All market workers and volunteers are masked and distant. Lots of sanitizer; several handwash stations.

It's one thing to not do things such as go to restaurants and hang out with friends. I wear a mask in the grocery store. But as I mentioned, because of roommates and exercise, my lifestyle isn't all that different.

When I showed up for my first day at the market, it hit me in a way that I'm sure others have felt for while now: community looks much different.

Here's the market last year on a rainy day. The vibrance isn't really captured, but despite the rain there are people out and about, groups gathered, vendor-patron interactions. 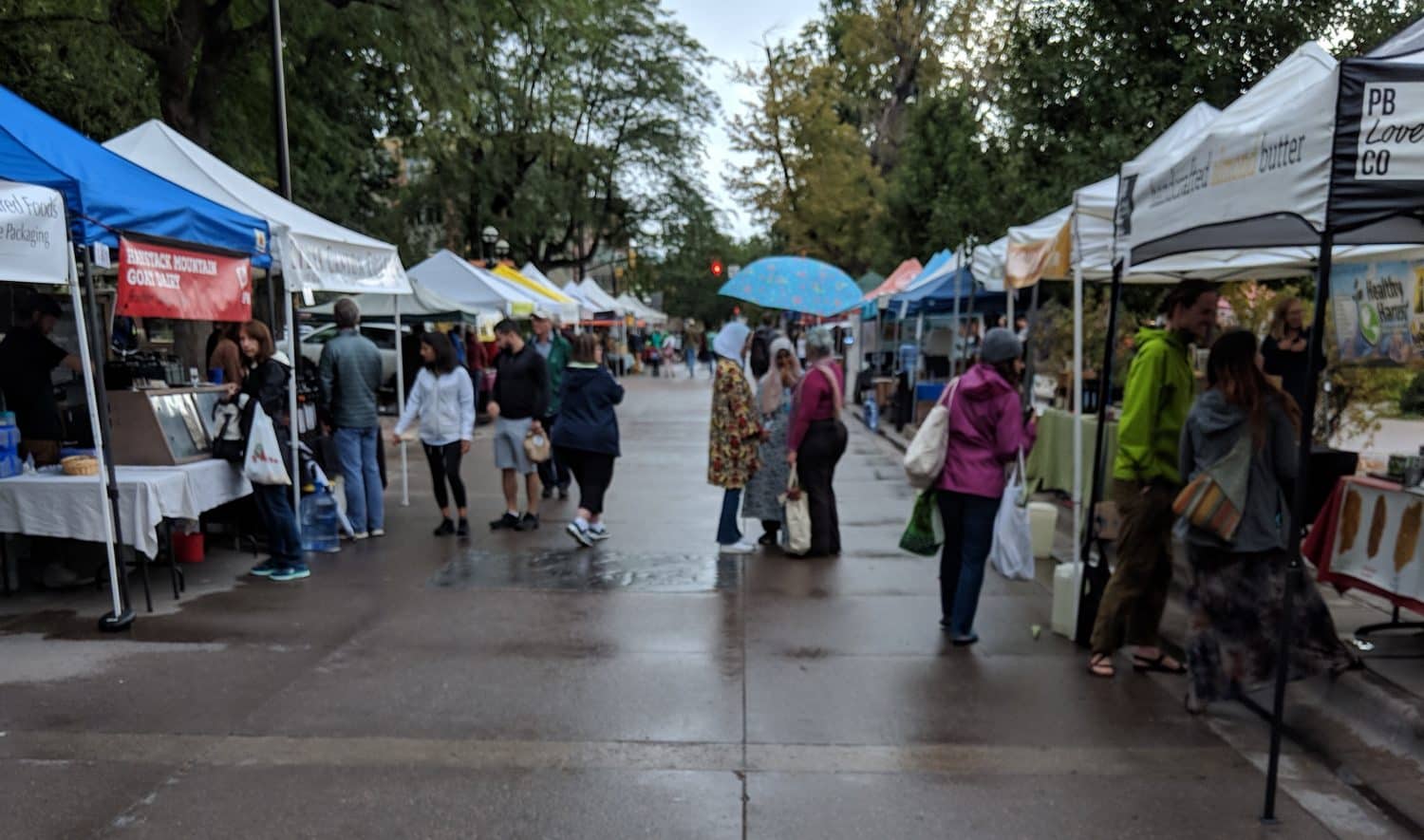 Here was the scene two days ago: 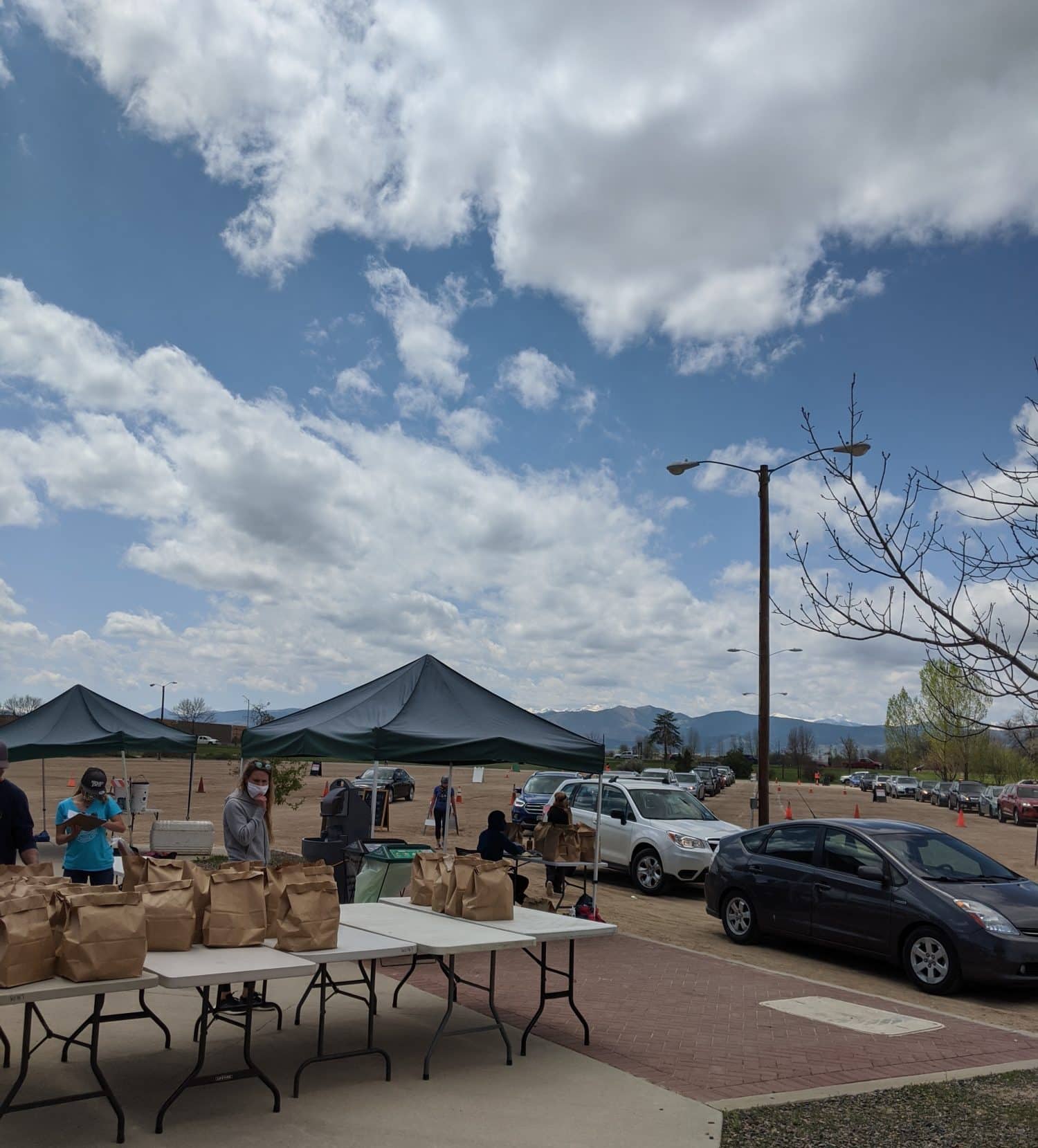 I'm happy farmers are getting money for all their work and that people are nourishing themselves with locally-grown produce. If this is how it has to be for now, so be it. But I was hit pretty hard by the contrast with the twice-weekly community gathering that won't happen anytime soon.

But actually...the market will take place for real in two weeks. Not sure how I feel about that given that I think talk about un-quarrantining is premature.

The new normal is a constant state of change. I'm grateful that things aren't worse.

...or What I've Been Watching Lately.

I can binge watch with the best of them, so I stay away from series that are released all at once.

Two years ago the conversations at work were around Westworld. In an effort to feel culturally relevant, I quietly binged until I was caught up ("quietly" as in I didn't tell anyone because I didn't want plot points revealed). Once I was current the show became something I could decompress with once a week as opposed to something I watched until 4am.

At it's best, Westworld is an exploration on what makes humans...human. The dramatic payoffs are sporadic but worth sitting through the more mundane moments. The unlikely sentient characters' struggles to become free were reminders to not take life in general for granted. (Relatedly, I've been reading Michael Pollan's How to Change Your Mind about research around the use of psychedelics. One of the questions posed is: Does consciousness originate in our minds? Or is it just "out there," and we tune into it? Thoughts?)

Side note: Westworld might be the most violent tv series ever.

In the same limited-episodes-per-week vein, I've been watching ESPN's The Last Dance, about the 1998 Chicago Bulls. I'm not a huge sportsball guy but high school and college friends were, so I saw a lot of these games when they were originally played. Fun to look forward to the two episodes per week and if you're remotely into sports or basketball you'd probably enjoy it as well.

Familiar with Kevin Kelley? He's best known for creating the magazine Wired, and he just celebrated his 68th birthday. He commemorated with a blog post called "68 Bits of Unsolicited Advice".

Three of many good ones:

Have a great week 🙂