Hello friends, and greetings from a once-again snowy Boulder CO.

I don’t know what’s going to happen, but I do know that something’s happening. As I read in the Tim Ferris newsletter that pushed me into taking the coronavirus disease more seriously, “Hope is not a strategy."

As I imagine many of you found this weekend, grocery stores were crowded and there wasn’t much left in the way of dried and canned beans. I went to Costco on Wednesday and there was an empty palette where there were usually cases of (organic) black beans. 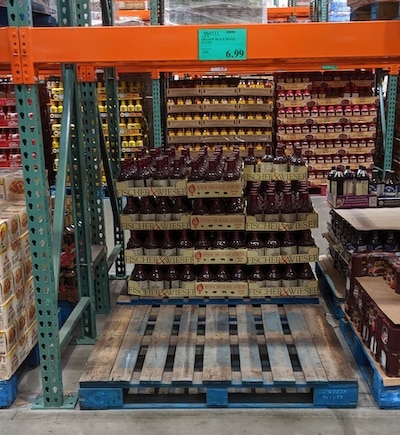 Until two weeks ago I was getting my information about the coronavirus disease from opinion-based social media feeds and any news reports that made it through my filters. Since then I’ve done some rudimentary digging and though it’s still one person’s opinion – mine – about what information to believe, the links below feel closer to the truth.

If you have better sources please let me know and I’ll pass them along. In the meantime, here’s a basic primer. I didn’t cite or link to every single piece of information I wrote but to the best of my knowledge everything here is from a legitimate source.

If you'd like to read an assessment by someone more articulate than I am, Seth Godin just published a blog post.

From the Center for Disease Control (CDC) website’s summary of the situation:

SARS stands for Severe Acute Respiratory Syndrome. I haven’t gone down that rabbit hole in part because the name explains a lot.

The virus was first detected in Wuhan City, China, notable for being a transportation center within that huge country.

People can go for 14 days or more without exhibiting symptoms of the disease. This means the virus was able to spread quickly and widely out off Wuhan City before there was widespread knowledge of an outbreak.

The CDC is pretty sure it will be a pandemic:

"The fact that this disease has caused illness, including illness resulting in death, and sustained person-to-person spread is concerning. These factors meet two of the criteria of a pandemic. …[T]he world moves closer toward meeting the third criteria, worldwide spread of the new virus. The potential public health threat posed by COVID-19 is high, both globally and to the United States.”

The difference between the seasonal flu and a pandemic: 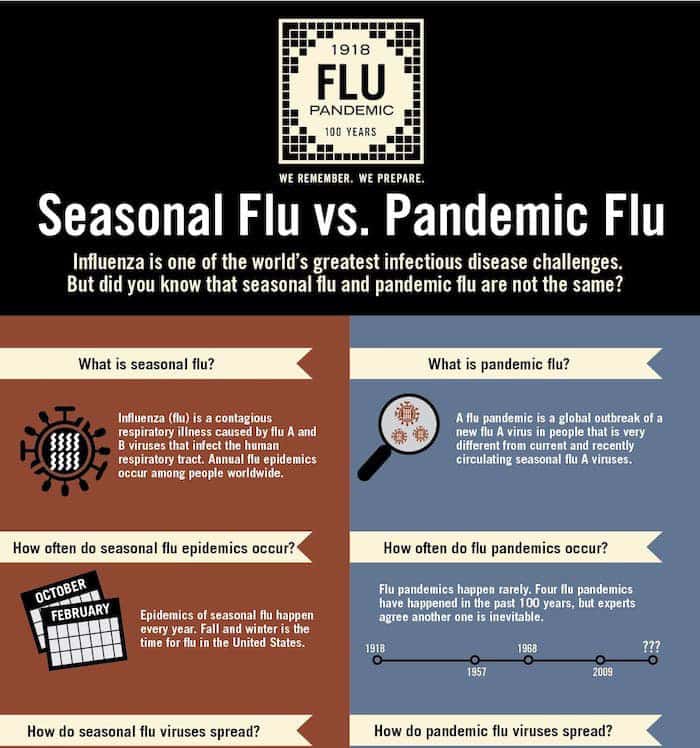 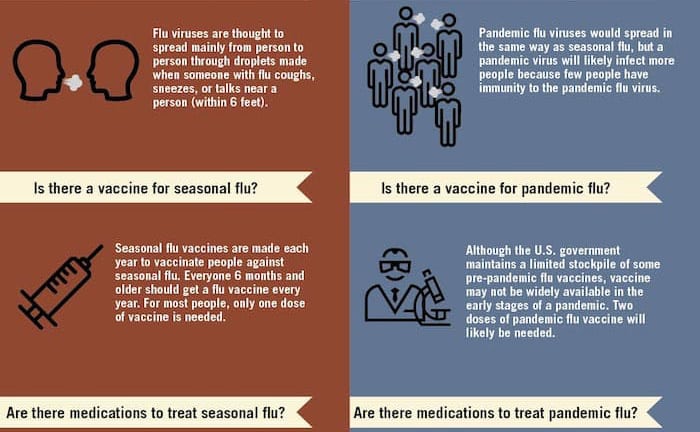 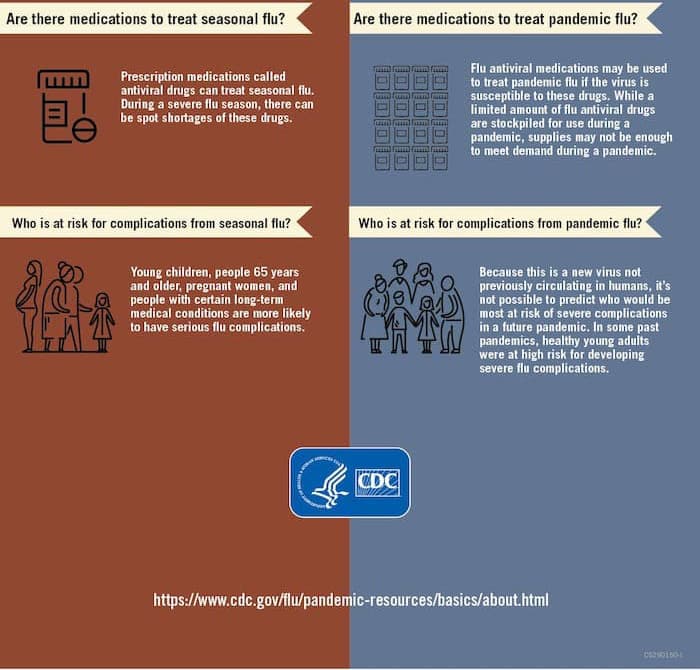 From a practical standpoint, what can you do?

Again, from the CDC site, here are flu-management basics:

From the UK’s Guardian, an easy-reading level-headed article:

Yes, it is worse than the flu: busting the coronavirus myths.

The most sobering takeaway from the Guardian article?

"A commercially available vaccine within a year would be quick."

Lastly, how to prepare? Stock two weeks or more of food, water, and medical supplies. A quick cut-and-paste from the King County WA website:

Examples of other emergency supplies:

This concludes the “practical” portion of this newsletter.

Deeper into the weeds

The following is less practical and more to address the skepticism around the severity of the disease. Over the past few days I’ve watched that skepticism in others turn into concern, and I’m guessing that’s the case for many people.

But I had these resources saved and thought I’d share them anyway.

This is the link to the World Health Organization’s daily situation reports page.

I pulled the following numbers from the February 26 to 29 situation reports. Notice the difference between new cases in China and the new cases outside of China, especially as each relates to total confirmed cases.

If you really want to get into it, this fascinating essay from a blog called Epsilon Theory compares China’s reporting with the US reporting of casualties during the Vietnam War.

The opening quote of the essay is a quote from the novel Matterhorn, about the Vietnam War:

Over time, continual bad news will discourage any civilian population, and Americans had the lowest tolerance on the planet for bad news.

Other tidbits from this piece include a link to a Reddit thread in which the person posting correctly predicted the number of deaths China reported in early February:

"The point of this quadratic regression on Chinese infection and death numbers as reported by the World Health Organization from the first official announcement through February 4 was the publication of this projection.

Sure enough, the WHO announcements since this prediction was published have been eerily close.

Crazy, right? The deaths being reported out of China are particularly accurate to the model, while the reported cases are leveling off (which is what you’d expect from a politically adjusted epidemic model over time … at some point you have to show a rate-of-change improvement from your epidemic control measures).”

The essay goes on to say that there’s a huge problem here: the Chinese government is using an invented quadratic model, but viruses spread exponentially. Here’s the link again.

From a New York Times opinion piece, a photo that caught my eye: 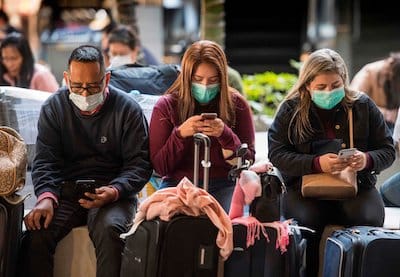 For all the issues we have around our boundaries with technology and our smartphones, the ability to communicate instantly – with friends, with loved ones, with work, with airlines – is, in some cases, a boon.

Good luck out there. Until next Monday,