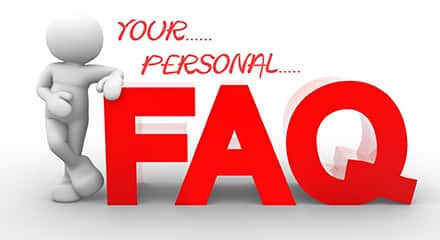 Last week I enrolled in an online writing class called Write of Passage.

The first assignment was to write about my personal most frequently asked question. In other words, what is a question that I get asked often? What answer or statement would I have for which it would behoove me to have a website I could send someone to?

When I was thinking about writing this I came up with something I liked more than, "What question do you get asked more than others?"

I think maybe a better inquiry is:  What question do you wish you were asked by others?

In some ways this question ties back in with the concept of sawubona.  But beyond being seen and acknowledged as a human being, what kind of human being would you like to be seen as?

I might have come up with this alternate question because of what I do for a living: I'm a restaurant server. But because I'm somewhat insecure about it, I want the chance to explain that hey, guess what—I'm not just any restaurant server....

So that's my question for you: What question do you wish you were asked by others? How do you want to be seen in the world?

And if those questions aren't interesting to you, what question is? Would love to hear it.

In the meantime, here's my response to that most common of questions, and why I'm lucky to be able to answer it the way I do.

The core of your life is your purpose.”

David Deida, The Way of the Superior Man

Wandering in the Wilderness

In 2014 I was wondering what was next for me. I had been in the same job for three years and felt that my time there was winding down.

I took a week off and was camping by a river outside of Crested Butte, Colorado, a tiny town cradled by the Rocky Mountains. On a beautiful July morning I brewed some coffee, then opened a book that had sat unread on my bookshelf since buying it years earlier. (You have those kinds of books, right?)

When I was packing for this trip it was a last-second addition to the other six or seven books in my duffel bag. (I was car camping 🙂 )

I guess it had been waiting for the right time. The book was “The Way of the Superior Man” by David Deida.

Deida’s words helped explain why I was feeling so dissatisfied. He was talking about this thing that not only do men need — it’s critical to living a potent existence. He called it Purpose, and I didn’t have it. What should I do?

A few pages later I was offered reassurance:

“[A man] must be capable of not knowing what to do with his life, entering a period of unknowingness and waiting for a vision or a new form of purpose to emerge.”

Not knowing what’s next was not a normal or comfortable place for me. But sitting in my camp chair by the Slate River, I was being told that it was okay not to know.

In some circles the seemingly benign question “What do you do?” is seen as overly – maybe even insultingly – reductive. How can you reduce a person’s entire being to what they do to make money to live?

More than a few times I’ve heard it suggested that there are better ways to break the ice. Questions such as “What do you love to do?” or “What are you passionate about?" are offered as alternative conversational starting points.

At one time I think I agreed with this alternate take. Who wants to be confronted by the idea that how you spend the majority of your waking hours isn’t aligned with an important big-picture view of the world? Especially if circumstances seem to have you trapped in that situation?

But maybe our avoidance of this discomfort is part of a problem. People can be stuck for years or a lifetime not looking for or finding a meaningful purpose.

My experience has been that by moving through life as a seeker – being willing to be uncomfortable and take risks – the payoff can be life-altering.

Taking the Next Actions

When I read Superior Man in 2014 I was a server in a fine-dining upscale-casual restaurant in Boulder, Colorado. Since then I’ve been on a few journeys. Metaphorical, sure, but also literal.

Immediately after I got back from Crested Butte my roommate made a suggestion: “We should put on a dinner in our backyard.” The idea scared me enough that I knew it was a good one.

The pop-up cafes we organized for the next year were tasting menu dinners for up to 40 people in semi-random private homes around Boulder. For a moment that scratched an itch but it wasn’t enough.

Then I got the travel bug and I took off for awhile to experience what the world had to offer.

Guatemala and Mexico for meditation and eating. Thailand and Vietnam, starting ecommerce businesses and eating. Los Angeles, managing a warehouse for a friend...and eating. Up and down the West Coast mountain biking and eating.

In the middle of my West Coast road trip I felt a strong calling back to Crested Butte, and, ultimately, back to Boulder.

Life is a funny thing. In many ways I’m back where I started.

I cannot say that I’m 100% content, but I think that’s natural and healthy. It means that I want to get somewhere, even if I’m not sure where that is.

I can say that I’m happy, and that’s because I have purpose.

So what is it? What’s my purpose?

I help people create more presence in their lives.

Food and hospitality is part of my purpose. I am once again a server in a fine-dining upscale-casual restaurant. As a server I help create experiences where people can focus on food and drink and on the people sharing the table with them. The experiences are contoured to what would best serve the people I’m people I’m serving.

And once again I have a side hustle, and as with my job, it aligns with my purpose: I help people create more presence in their lives by getting them away from the modern age’s most insidious invention: the smartphone.

I created a meditation timer and alarm clock to replace two key apps that interfere with some of our most precious nervous-system recharge time.

Our smartphones steal our attention away from others and from our own lives. It has invaded every nook and cranny and is almost impossible to escape. There is very little hope for moderation because the smartphone experience has been designed by some of the smartest people on the planet to capture our attention for as long as possible.

Non-stop smartphone use is the world’s most pervasive addiction.

Using their smartphones to escape the present moment, people receive a false sense of journey and a reprieve from needing a purpose. But nothing changes.

My task is to help us keep our smartphones out of our bedrooms and meditation spaces so we can be with ourselves again — to feel our uncomfortable feelings, and maybe even to discern what our purpose is.

Well, sort of. I feel some other ideas burbling beneath the surface. Nothing is fully formed.

But in my day-to-day life I'm happy. My purpose is aligned with how I make money to live. It took a few years of traveling around the world to arrive in this figurative place that looks very similar to the place I left.

What more can a person ask for? I hope the same for you.

Who do you have the capacity to be?

How to Stop Negative Self-talk

Start your week off with a curated dose of Mindful

Relationships. Ooof.
May 26, 2020
Farmers’ Market
May 13, 2020
Who do you have the capacity to be?
May 6, 2020
How to Stop Negative Self-talk
April 29, 2020
Environment Design
April 15, 2020
This website uses cookies to offer a customized user experience and to help understand its traffic better.I understandPrivacy policy