(Note: I’m hesitant to share but my girlfriend, Ginny, has said previously that the world needs more examples of emotional masculine leadership. She didn't mean this essay or necessarily even me, but I'm taking it as an uncomfortable cue nonetheless.)

I hope you're enjoying it in an appropriate manner. I'm foregoing a barbeque I was invited to because there will be little kids running around....and who wants to be the person who shuns a little kid because there's a not-insignificant chance that I or they might be an asymptomatic carrier of a deadly virus? 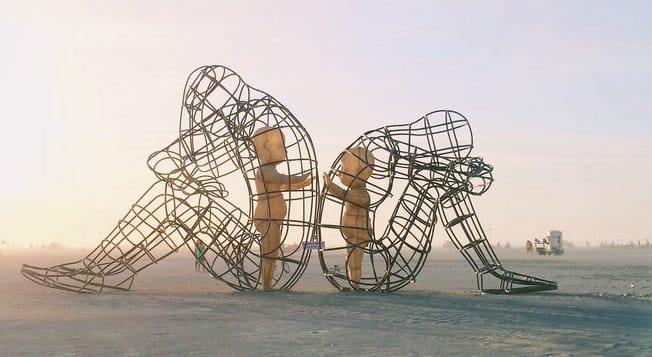 (Another note: after writing a first draft, Ginny read and contributed to the reflections that follow. If a portion seems more intelligent & articulate than normal...)

What a week. This wasn’t quite ready to share last Monday...so here it is.

Last Saturday Ginny and I fled our respective roommate-filled homes to spend the night in a lovely, not-rustic cabin (hot tub, gas fireplace) near Rocky Mountain National Park. Our intention for the time away was to come home the next day aligned on how we could best serve each other—as a couple, or not as a couple.

We've been dating for almost four months. Although neither of us was struck by lightning, from our first date – a walk by Boulder Creek, then tea – we were drawn together, curious about one another and about what we might create.

We both love and admire what the other is up to in the world even as we muddle towards what’s next. We have overlapping visions for our futures and complementary skill sets; we share a common cultural background (we both read Infinite Jest; try finding that in a partner...); we enjoy each other’s musical tastes. And definitely not least: there's a strong physical chemistry between us.

We’re both energetically sensitive, highly attuned beings with some not-yet-fully-resolved childhood trauma (which we mirror and bring up in each other). The attraction we feel and the pain we still carry have often (understatement!) stirred up emotional responses in the forms of defensiveness, attacks, and/or physiological shut-downs whenever something’s not quite straight between us.

In short: Ginny and I have each felt unsafe almost the whole time we've been together. I have had a near-constant knot in my stomach and she has had protective walls around her heart.

Harville Hendrix, the founder of a model called Imago Relationship Therapy, would say we are a perfect match. His theory: “We are born in relationship, we are wounded in relationship, and we must heal in relationship." He might note that we’ve already done much of the hard work to become ready enough to evolve and grow together.

After 3+ months of a grueling emotional spin cycle, neither of us was sure we were still up for the challenge.

This is the dynamic that happened regularly:

Eventually we would get back to connection, but after a few minutes, hours, maybe days, we fell into the dynamic again.

It was so intense and so exhausting.

We stayed together because other than making each other miserable, there was no reason to break up. I know that sounds ridiculous, but what I mean is that the frustrating dynamic was the sticking point, and there was a sense that if we could just figure out/resolve/get past what was underneath it, we could have a “normal" relationship, whatever that looks like. It's not like there was an irreconcilable difference (e.g. kids/no kids; Trump/anti-Trump) in the way.

We kept hoping for a breakthrough—but whenever we asked ourselves if progress was being made we couldn’t tell if it was two steps up, one step back or...one up, two back.

All that said, there’s mutual admiration. As two people who until now have (maaayyyyybeeeee) avoided being fully, nakedly seen in relationship as a self-protective mechanism, we each feel we've met our match. And as painful as it’s been, fortunately it hasn’t been just us in a relationship vacuum.

Even though she’s not a millennial, Ginny is a life coach who has support in the form of many strong friendships with high-EQ women, as well as other trusted coaches and teachers.

Over the years I've also cultivated a few resources: a world-class therapist, another life-coach-type person, and some emotionally intelligent friends of my own.

We’ve drawn heavily on these resources for which we’re both incredibly grateful.

This past month we’ve each had one foot out the door and it seemed one of us was breaking up with the other every third day. Then we would reconcile, be more vulnerable and exposed, and...get hurt even more.

It took this tumult to start getting deeply honest with each other. We began having closure-type discussions where we laid out everything problematic. Because we were in a place of this-is-possibly-our-last-conversation, we approached each other with a softness difficult to access while caught up in our familiar dynamics.

On a patch of thick grass in North Boulder Park we practiced what my therapist calls “Conscious Conversations,” a framework in which we took turns making sure the other felt completely seen and heard.

In a Conscious Conversation there is a speaker and there is a listener and each has a narrowly-defined role. Ironically, the listener does most of the talking.

Here are the basic steps (with a real-life example following):

In real life it looks something like this, in which Ginny is the “speaker” and I’m the “listener”.

Me: (after listening very well, as opposed to preparing my own response while she's talking) “What I’m hearing you say is that when I totally shut down emotionally, the impact on you is that you feel afraid and alone because it feels like all the love is gone."

If/when I get her affirmation, I continue. I "audition for the role” of being Ginny, putting myself in her place and acknowledging how and why it must suck to be in that position.

Me: “I imagine this makes you feel as if you can’t trust me because it seems like I don’t care at all and that I might leave any second. And when it happens over something seemingly small, how would I possibly stick around when it’s hard?"

"Does that sound right so far?” If I haven’t quite nailed it she’ll let me know and I’ll course-correct. Then I’ll keep going, adding to it as much as I’m able, pretending I’m in a room with a casting director and I’m auditioning for the role of Ginny. Yes, this step is hard. Like lifting heavy weights. And it's also where something really magical happens.

There’s no denying the benefit of the speaker feeling utterly, completely heard. But for me, the magic is that while I’m "auditioning for the role," I actually feel the impact my behavior had on this person I love. It's teaching me something about her AND about me, simultaneously.

It can feel (and probably sounds) formulaic, but it works. By (finally) committing all the way to this practice, we cleared A LOT of unspoken messiness, were able to mitigate the pattern of approaching one another from our wounding, and we felt a mutual spaciousness and capacity to think clearly. We really went for it and to the best of our ability, we wiped the slate clean.

From this space of clarity, we agreed on some time away together. It would either be a mature way to complete our time together, honoring what we've both experienced and learned, or it would be a space of creation: shared commitment to a brand new chapter. Wherever we landed, we sensed we would land there in agreement.

It’s always darkest before the dawn: it seemed that this excruciating month was leading us somewhere. But we discovered that we hadn’t quite excavated everything.

To be continued next week. In the meantime, the best place to find Ginny is on Instagram: instagram.com/ginnymuir

Been off the movie train for a minute but the other night I revisited two worthwhile episodes of Chef's Table on Netflix.

Not familiar with Chef's Table? It's an insanely beautifully filmed and edited series, each episode featuring a different chef.

The first two episodes of Season Two are about chefs who couldn't be more different in their approaches.

The first is about Grant Achatz, a molecular-gastronomy-oriented chef who reimagined the entire dining experience. My sense is that he's not all that concerned about where his food comes from, as long as it's as good as it can possibly be. He's focused on other things. As in, he tries to reimagine every single part of the dining experience.

Episode Two features a totally bad-ass Brazilian hunting-diving-foraging chef named Alex Atala. Watching him I felt that his restaurant was simply a logical extension of how to get people to experience the ingredients he sources from the Amazonian jungle and ocean. 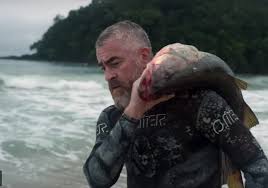 Fun to watch the two back-to-back.

Pro tip, and maybe the most important thing ever in this newsletter: Netflix has made it so you can now turn off the super annoying auto-previews AND the equally super annoying auto-next-episode. Just go to your profile and there are two very obvious check boxes under Autoplay Controls.

Not amusing, but yesterday's front page of the New York Times was graphically and emotionally striking. 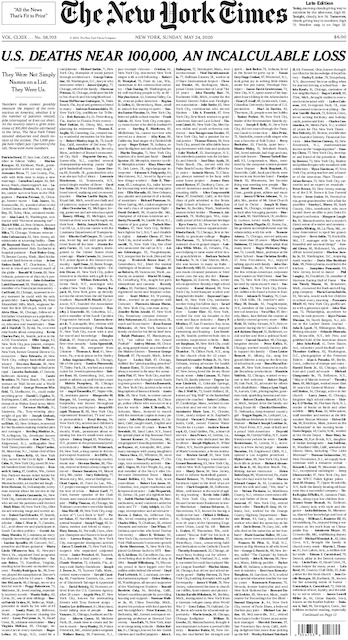 The digital version is moving as well, in it's own way.