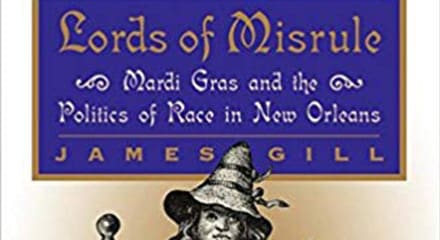 In many countries January 6th is the Feast of the Epiphany, or Three Kings' Day, the day the three kings arrived at baby Jesus' manger and annointed him "King of the Jews."

It feels like the end of the Christmas season, in part because January 5th – Epiphany Eve – is the Twelfth Day of Christmas. (That's correct, the first day is Christmas Day, not December 13th.)

The night of Epiphany Eve is, of course, the Twelfth Night, which lends its name to the Shakespeare comedy. Both the play and the festival of the Twelfth Night involve role- and gender-switching shenanigans: masters and servants dressed up as each other (sounds dangerous to me); and both involve a party-time emcee, the Lord of Misrule.

Which brings me to my personal association with today: January 6th is the beginning of Carnival season in New Orleans, where I lived for a year. During the next few weeks social clubs in New Orleans will throw debutante balls and parades of various sizes will take place most weekends between now and Mardi Gras. When I lived there I did a deep dive, not merely by participating (though of course I did) but I got way into a book on racial segregation and the history of Mardi Gras, The Lords of Misrule. 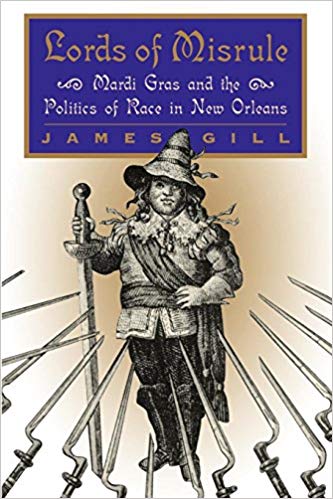 One tidbit from the book: in the early 1900s Creole and black New Orleanians formed a krewe to mock the all-white social clubs. Zulu now rivals Rex as the most prestigious Mardi Gras parade and Louis Armstrong served as King of the Zulus in 1949 — 23 years after he recorded the haunting song King of the Zulus, notable for the interruption early in the song of a Jamaican character asking where he can find some chitlin's and Louis acting upset because his solo was interrupted).

Carnival season is a special time in New Orleans. It's everywhere: people's homes are decorated in purple, green, and gold; king cakes are brought into work on a regular basis; and you never know when you'll come across a parade.

It's not the super-debaucherous spectacle that is most people's impression of it (including mine, until I happened to live through it). There's a magic in the air – even more so than the usual New Orleans juju.

The subject line of this email reads "Placeholder" because I got a little carried away last night writing into the early morning. I didn't finish the habits-oriented email I mentioned last week. I don't want to rush it out which means next week you'll receive a totally accessible habits primer.

To tide you over here's a TedxTalk from Stanford Professor BJ Fogg who is a Behavioral Scientist – we'll hear about him again when I get to behavior loops and smartphone addiction – and who wrote a helpful habit-formation handbook called Tiny Habits.

If you're interested in habit-formation this TedxTalk is a good place to start. Professor Fogg is extremely entertaining in a self-assured professorial slightly-geeky-wry kind of way; even if you don't have time to watch all 20 minutes, if you can last through the 4ish-minute mark you'll be rewarded by his mini-celebration upon completion of one of his mini-habits:

Lastly, a small challenge for you, and if it's not a challenge at all, you're ahead of the game.

Can you go three days without touching your phone and your bed at the same time?

Not one day, and not the rest of your life. Three days.

Use your phone in the living room. Plug it in, go to bed.

Let me know how it goes.

And once again, Happy New Year 🙂

Who do you have the capacity to be?

How to Stop Negative Self-talk

Start your week off with a curated dose of Mindful

Relationships. Ooof.
May 26, 2020
Farmers’ Market
May 13, 2020
Who do you have the capacity to be?
May 6, 2020
How to Stop Negative Self-talk
April 29, 2020
Environment Design
April 15, 2020
This website uses cookies to offer a customized user experience and to help understand its traffic better.I understandPrivacy policy