An “odditree” is a tree, or part of a tree, that deviates from what is to be expected—and is most often an internal response to external conditions.

Why is this early February edition of Mindful Mondays about trees? It has to do with the not-so-veiled metaphorical significance I took from the quote above, more of which I’ll talk about towards the end of this email.

But on a more surface level, it got me started on trees, and to a lesser extent, breath.

A few weeks ago I mentioned a meditation retreat I went to in Guatemala. During one of our four weeks we participated in a breathwork course. We would gather on the grass in the blooming springtime midday amidst a lush garden surrounded by trees.

Somewhere during my formal schooling I learned basic science; I understand that people inhale oxygen and exhale carbon dioxide, and that trees utilize carbon dioxide and produce oxygen. But it wasn’t until practicing methodical breathing exercises while sitting on grass under a canopy of greenery that I appreciated what trees provide.

Why breathwork? Isn't that called breathing?

It’s been four years since the course and a little longer since high school so I’m not the best reference, but it has to do with moving energy at a cellular level. My biology is spotty but along with remembering that trees produce oxygen, I recall that some cells move that oxygen around our body and that other cells use that oxygen.

Even without a Google search it’s not a leap for me to believe that my mental, emotional, and spiritual well-being is linked to physical cellular-level oxygen-related energy.

Several of the exercises in our course involved exhaling as much as possible, then pausing. I didn’t write “holding your breath” because it might not actually be holding your breath; there's no breath left — it’s more like pausing the action of breathing.

You can try this at home, or wherever you are right now. Exhale as much air as possible, then pause.

How long can you last? What are you sucking in as soon as possible?

Do this repeatedly and you might discover a new appreciation for oxygen, and for the trees that produce it.

Here are a few photos taken a few weeks later, on that same trip. After the retreat I made my way to Oaxaca and the scenery gave me occasion to document my new mini-interest. 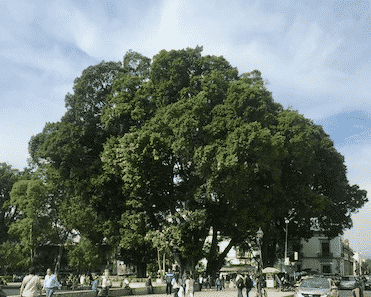 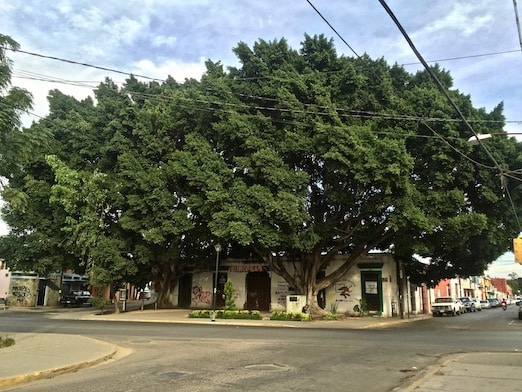 Of all the things I could have done in this beautiful, sultry city during my five days there, I honored an internal response to external conditions and “deviated from what is to be expected” (of myself) and spent a half day checking out a special tree a short trip outside the city.

Called the Árbol del Tule, it’s a Montezuma cypress with a trunk measuring about 140 feet around; the tree stands “only” (compared to its diameter and its circumfrence) about 116 feet tall. Though the tree’s age isn’t able to be determined, 1200 years is a low estimate.

It's not a cathedral but still, look how dwarfed this church is 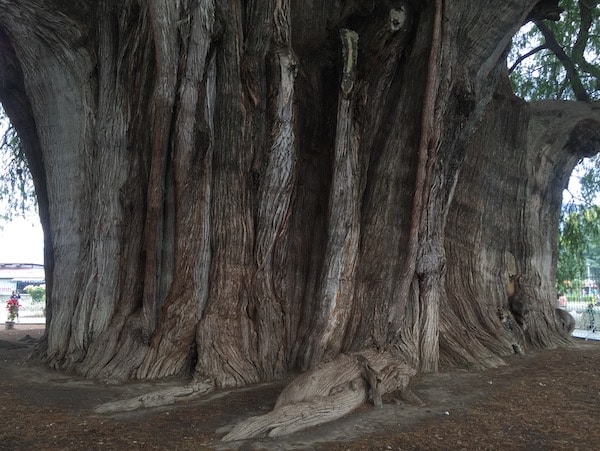 See the tiny person taking the photo on the left, behind the red flowers? 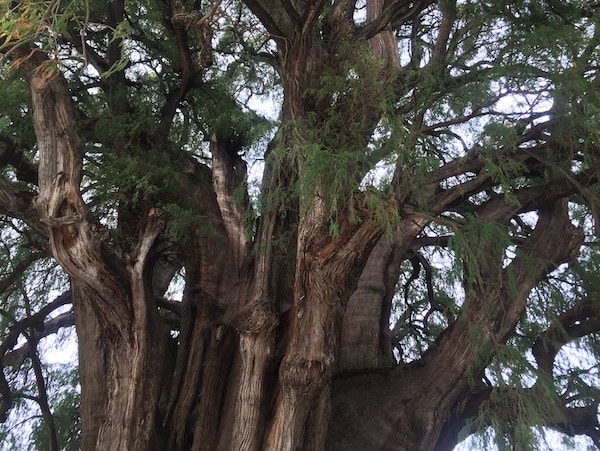 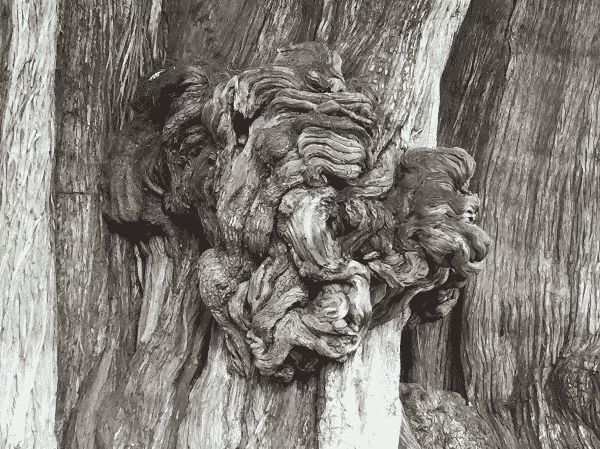 How much oxygen does a tree like this give in a 1200+ year lifetime?

From Trees to Breath

Have you heard of the Wim Hof method? I know very little about it except that it involves breathwork and cold water. Also, Wim Hof is a guy, and he does things like run up and down mountains in shorts only. His nickname is the Ice Man, but it’s not (only) a stunt, he does these things for health reasons.

For a few years I’ve been ending my showers with a short bout of cold water and I hate it. And love it. (Note: depending on where your water heater is, cold water is probably colder in the winter.)

I’m ready to next-level my cold exposure and I’m sure breathing is the key. Want to try the Wim Hof method with me? Check this out and let me know, I’m starting later this week — let’s say Friday. I could use an accountability partner:

So why Trees on this particular Monday?

Because of a new newsletter discovery, The Art of Noticing. The author, Rob Walker, made mention of a peculiear Austin TX organization, The Odditree Society:

The Odditree Society is a loose affiliation of urban wanderers and wonderers, artists, philosophers, scientists, nut-gatherers, tree-climbers, and others who cultivate a sense of curiosity around the unexpected oddities found in Austin’s urban ecology.

A group of people noticing – being mindful of, not taking for granted – the environment they live in. (Pretty much the same as in This Is Water, from last week.)

But their definition of an "odditree" (repeated here from the top) is what demanded my attention:

An “odditree” is a tree, or part of a tree, that deviates from what is to be expected—and is most often an internal response to external conditions.

As I go through my day I sometimes (um…99.5% of the time?) forget that I’m not the center of everyone’s universe — that people aren’t behaving the way they’re behaving in order to get at me.

But when I’m at my most charitable, I’m able to see every person I interact with as having formed internal responses to external situations. Eventually, as with the gnarled knot of a Montezuma cypress, the internal became external, and that’s what’s presented to me and what I present to others.

Until next Monday 🙂
L.R.